2.1   Read this article and then look at the statements below. Write Yes if the statement agrees with the opinions in the text and No if it contradicts them. Underline the part of the text that gave you your answer.

Has the present lived up to the expectations of the past? Throughout the ages people have tried to predict what life in the twenty-first century would be like. Many science-fiction writers did manage to predict the influence the computer would have on our world. Some even imagined that it would take over our lives, develop a personality, and tum on its creators. To some extent they were right, especially when it comes to children and cyber addiction. One constant prediction was that, thanks to computers and machines, the time devoted to labour would diminish. Even in 1971, in his book Future Shock, Alvin Toffler envisaged a society awash with ‘free time’. The author noted chat time at work had been cut in half since the turn of the previous century and wrongly speculated that it would be cut in half again by 2000.

However, our gadget-filled homes are a tribute to the various visions of the future: the microwave oven, internet fridges with ice-cube dispensers, freezers, video monitors, climate control, dishwashers, washing machines, personal computers, wireless connections and cupboards full of instant food. These may no longer be considered cutting-edge but they have matched, if not surpassed, visions of how we would Jive. The domestic robot never quite happened, but if you can phone ahead to set the heating and use a remote control to operate the garage door, they may as well be redundant.

The car, of course, has failed to live up to our expectations. It has been given turbo engines, DVD players and automatic windows, but its tyres stick stubbornly to the road. Why doesn’t it take off? The past promised us a flying car in various guises. In 194 7 a prototype circled San Diego for more than an hour but later crashed in the desert. Some 30 patents for flying cars were registered in the US patent office last century but none of these ideas has been transformed into a commercially available vehicle.

At least communication technology in this digital age hasn’t Jee us down. Even in the most remote areas people have access to some form of communication device. The introduction of the telephone last century changed our world, but today’s mobile phones and the virtual world of the Internet have revolutionised it.

1     A modern problem proves that computers are dominating our lives in some way.

3   Household gadgets today have been a disappointment.

4   We have enough gadgets now to make robots unnecessary in the home       .

2.2   Now match the words in bold in the text with these definitions.

2   a machine invented for a specific purpose (x 2)

3   the first working example of a machine

8   a screen that images can be seen on

9   an adjective used to describe anything related to computers 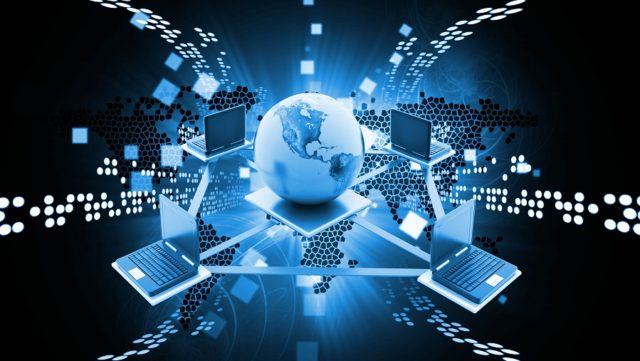